Is Amsterdam winning the war for tech talent?

In light of the continued uncertainty surrounding Brexit, employers and jobseekers alike are seeking to adapt and create stability for their businesses and livelihoods. Brexit has not created a mass exodus of businesses or professionals from the UK as of yet, but it has had a decisive impact on the ongoing war for talent that rages within the Enterprise Technology (ERP) market.

Traditionally, London has been a desirable destination for ERP consultants. London won both hearts and minds of SAP, Oracle, Microsoft and Salesforce consultants with an attractive metropolitan city centre, a wealth of Fortune 500 employers to work with and attractive contract rates in Pounds Stirling. However, over the past year Brexit has soured this perception of London- among other cities in the UK- as a target location for international, European and even UK ERP contractors.

In the last year, Global Enterprise Partners has registered a distinct increase of applications across European, International and UK jobseekers ERP positions in the Netherlands. More intriguing however is the geographic breakdown of these applications as impacted by the advent of Brexit.

Breaking down all applications received for opportunities in the Netherlands by Global Enterprise Partners pre-Brexit, 32% were from the UK, 30% from EU countries and 38% were non-EU. Post-Brexit the breakdown shifts dramatically with 74% of applications for Dutch opportunities coming from the UK, 16% from EU countries, and 10% from non-EU countries. While percentages may indicate a decline in EU applications to Dutch contracts, the absolute number of applications in this group has increased substantially. This suggests instead a drastic increase of UK applicants among the ranks of EU and non-EU consultants.

It is no secret that Amsterdam has not only served as a European start-up haven-- with both local and international talent setting up shop along its picturesque canals-- but also as the home base of many European Headquarters. As Brexit generates hesitation among UK and EU jobseekers, who may have previously been drawn to London, Amsterdam is proving to be an attractive substitute with major European companies initiating global transformation and implementations from their Dutch headquarters. Dips in the Pound have further propelled contractors to consider rates in Euros, tied to positions in the Netherlands.

As jobseekers are drawn towards the Netherlands, this phenomenon may just extend to multinational businesses currently headquartered in London, as they seek to chase their talent with lower contract rates and leave behind an uncertain post-Brexit business environment in UK.

So what does this mean for the long term success of the British in this war for ERP talent? Well, for firsts, nothing happens overnight. The Netherlands displays a wealth of SAP, Salesforece and MS Dynamics job offers, which has captured the attention of many contractors. However, jobseekers are far more mobile than businesses who contract them, and would likely reconsider roles in the UK should there be opportunity and stability. A clarified Brexit roll-out may, in time, deliver this. Ultimately, in order to remain a fighting force in this battle, the British will need to focus on the retaining European headquarters of Blue Chip multinationals.

The war is by no means over but at the moment it appears the Dutch are punching above their weight class when it comes to attracting global ERP talent, particularly to their business and tech hubs like Amsterdam. Furthermore, while a definitive shift headquarters for European businesses is unlikely to happen overnight it is certainly being fought out—contract by contract— in the Enterprise Technology market. 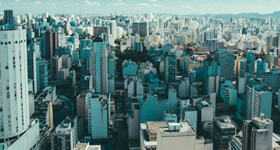 The Challenge of Hiring SAP Consultants in Brazil

When it comes to contracting SAP consultants in Brazil, procurement offices and SAP program leads struggle to navigate the ever-changing labor restrictions. Here are a few hurdles to look out for... 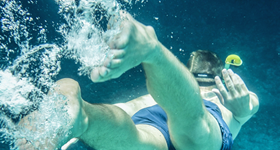 4 Ways to Dive Into Salesforce Freelancing 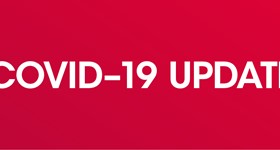 Our purpose is to bring skilled people together to build the future, and this has never felt more important than it does today. 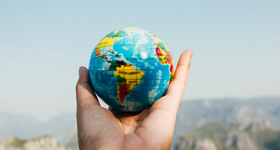